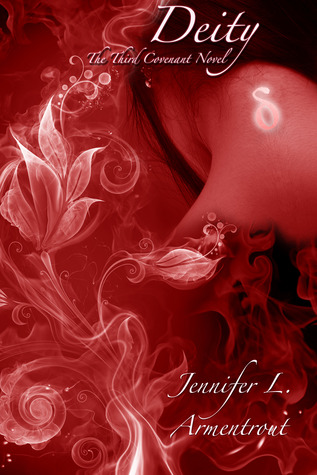 “Sometimes you have to know when to let hope go.”

ASDFGHJKL this has got to be one of the worst cliffhangers ever.😰😓

Seriously though, each book in the series just keeps getting better and better.💖 I love these guys so much, although some people have made some…….questionable choices and it’s so sad.😣

🛑WARNING: SPOILERS BELOW FROM PREVIOUS BOOKS!!!🛑

“That simple act stole my breath, my heart. But even as he pulled away, I realized that he couldn’t steal something he already had.”

Omg how sweet is that?!?!🥺😭😍 Alex has changed so much from the first book, but the one thing that never changed was her love for Aiden. Aghhhh I’m about to start crying now.🥺 Their love for each other makes my heart swell with emotion. She’s had to deal with so much death (like Caleb’s) and guilt, but now she’s learned from most of her mistakes and aghhh just the growth…..I love it.💞

AHHH AIDEN!!!! I LOVE AIDEN SO MUCH😍😍😍 He’s the sweetest guy ever and JLA always manages to do it perfectly.🥺 Aiden loves Alex and always keeps the promises he makes for her (unlike some people). Omg and every time Aiden calls Alex “Agapi mou” ……my heart just melts.🤧🥰

Haha but the fights between Seth and Aiden over Alex were priceless.😆🤣 At one point even Leon and Seth had a go at it. It was way too funny xD.

He sneered. “You want to fight me now, in your
true form?”
“I will fight you in any form, you little punk-ass brat.”
Seth laughed. “You can’t kill me.”
“But I can beat the living snot out of you.”

I love Leon.😆 He’s such an awesome guy. And to Alex, he’s know as “The King of Impeccable Timing”, which I definitely agree with xD. He has the worst timing with certain moments, but you could also say that those appearances prevent some……decisions.😂

Oh that reminds me. Speaking of people with bad decisions…..Seth😞. I was never a Team Seth to begin with, but some of the things he did weren’t really good. HE CAN’T SEE THAT STUPID LUCIEN IS USING HIM!!!😫😤 And now….well things aren’t really looking that good.😓 But I was happy with what happened to Telly—he had that coming and also, I can’t believe that his name means “Best”.😶 The only thing he’s “best” at is pissing me off.😤

There were some others that appeared much more, too. Like Deacon, whom I also just adore.😍 His parts were hilarious xD.

“Yeah, I’m great. Nothing like witnessing a death match between gods when I’m trying to get some Cheetos.

The appearances of some of the Greek Gods was probably my fav part (that and a certain 2 people finally being together.🥰🥺). Apollo of course, is the funniest and coolest God of all of them hehe. I can’t wait to see more of his scenes—Oh and his poofing.😆

Sadly, there won’t be many fun times with these guys because…….