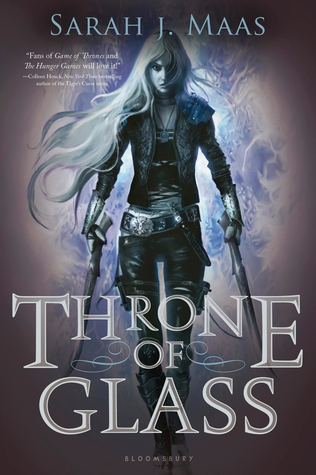 wow i came up with that all by myself. i’m such a poet.

ToG fans you know who I’m talking about.

SJM destroying our ships like the queen she is🔥

The fool who once shipped those two so much has learned her lesson.

I can’t believe that it’s been almost 3 years since I last read Throne of Glass and wow, did I forget a lot. And I called myself a ToG fan smh

Ahhh but I’m so happy I read The Assassin’s Blade because it made reading ToG so much more PAINFUL ENJOYABLE than the first time I read it!😭😍

Like I actually understood all the TAB references and it just felt so painful nice. I wasn’t a clueless buffoon who didn’t know about the 200 hundred slaves Celaena freed, why she didn’t trust having female friends, Arobynn being the bastard he is, and all the mentions of . . . sobs Sam Cortland.

“She hoped Elena wouldn’t speak of what her heart refused to remember, hoped that the queen wouldn’t mention what she had spent so long forgetting.”

Celaena Sardothien—aka Adarlan’s Assassin just wow this girl is amazing and I love her. I mean I loved Celaena before, but after reading TAB, I could totally understand her so much more.🥺

All the loss, pain, and events she had to deal with at such a young age . . . damn, how does Sarah create such cool characters??? I seriously cannot think of one thing to hate about her. She’s definitely not perfect, but I still love this girl so much.😭

“He was done with politics and intrigue. He loved her, and no empire, no king, and no earthly fear would keep him from her. No, if they tried to take her from him, he’d rip the world apart with his bare hands. And for some reason, that didn’t terrify him.”

Now our soft boi Dorian Havilliard —aka the Crown Prince of Adarlan. Nothing’s changed except that I like him more than before. This bookworm and puppy lover . . . how could anyone not like him??? don’t hate the puppy lover

The moments between him and Celaena were so sweet and hilarious gahhhh I shall miss those moments when all is not quite as peaceful as they were then.😢

“No fair maiden should die alone,” he said, putting a hand on hers. “Shall I read to you in your final moments? What story would you like?”

She snatched her hand back. “How about the story of the idiotic prince who won’t leave the assassin alone?”

“Oh! I love that story! It has such a happy ending, too—why, the assassin was really feigning her illness in order to get the prince’s attention! Who would have guessed it? Such a clever girl. And the bedroom scene is so lovely—it’s worth reading through all of their ceaseless banter!”

“Out! Out! Out! Leave me be and go womanize someone else!” She grabbed a book and chucked it at him.

“With each day he felt the barriers melting. He let them melt. Because of her genuine laugh, because he caught her one afternoon sleeping with her face in the middle of a book, because he knew that she would win.”

Awwww🥺 Chaol Westfall—aka Adarlanian Captain of the Royal Guard. I must say that I’ve forgotten how much I loved Chaol before everything else happened. The broody, scowling, guard we all knew and loved. or i mean…maybe I’ll love him again this time around…?

I lived for those scenes where Celaena and Chaol would be bickering.😂 Now let’s see if CoM will renew my hatred for him hehe xD

Honestly, what I loved most was that even though this was a re-read, it felt more like I was reading ToG for the first time bc it’s been so long and that’s what makes this so much better.

I seriously didn’t remember who the culprit was for the killings until it was revealed. I suspected almost everyone because I truly didn’t know even tho it rlly was obvious smh

I love this feeling. Makes me really excited to re-read the rest of this series! Ahhhhh so can’t wait to have my heart destroyed again😃

(On a side note . . . I just realized how tiring it’s gonna be writing a review for each book. yay)

“You could rattle the stars,” she whispered. “You could do anything, if you only dared. And deep down, you know it, too. That’s what scares you most.”

Buddy re-read with this group of lunatics