Spensa’s world has been under attack for decades.

Now pilots are the heroes of what’s left of the human race, and becoming one has always been Spensa’s dream. Since she was a little girl, she has imagined soaring skyward and proving her bravery. But her fate is intertwined with that of her father’s—a pilot himself who was killed years ago when he abruptly deserted his team, leaving Spensa the daughter of a coward, her chances of attending Flight School slim to none.

No one will let Spensa forget what her father did, yet fate works in mysterious ways. Flight school might be a long shot, but she is determined to fly. And an accidental discovery in a long-forgotten cavern might just provide her with a way to claim the stars.

Who would’ve thought that a talking spaceship would be my favourite character??? 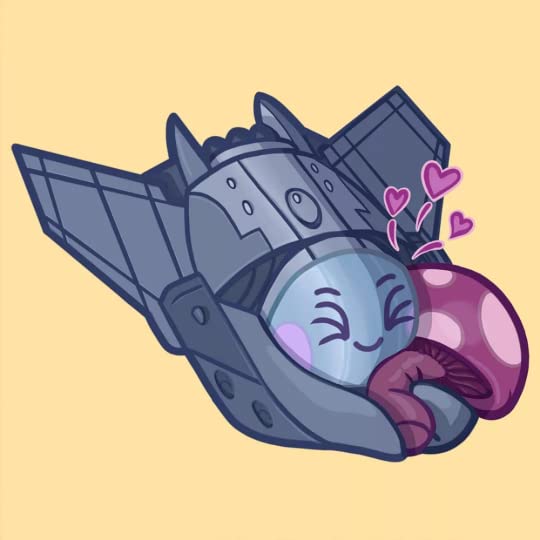 This book hit me right in the feels and I’m not even surprised because it’s Sanderson and Sanderson always does this. His books make me feel so scudding alive and I’m always coming out of his books looking at the world differently?? Like for an author to be able to do that with every scudding one of his books is beyond impressive. Of course, Skyward was no different and tackled so many different themes and concepts. I loved it so much omg.

“People need stories, child. They bring us hope, and that hope is real. If that’s the case, what does it matter whether people in them actually lived?”

First of all picture this: Fighting jets soaring through the sky trying to shoot down enemy aliens called Krell.

How does that not sound cool??

On the planet Detritus, humans are pushed to the brink of extinction by the attacks of the enemy Krell. Fighter pilots To fend off these attacks, fighter pilots are sent into the sky, eliminating as much of these aliens as they can lest they face death themselves. To be a pilot means to live a luxurious and honorable life thats if you manage to stay alive at least and many are encouraged to enter into Flight Academy… except for Spensa of course.

Many years ago Spensa’s father was considered a coward after having abandoned his mission in the middle of a Krell attack. Ever since that moment, Spensa and her family have been branded as a family of cowards and they’re shunned by everyone. It’s especially hard for Spensa as she wants to be fighter pilot and to get into pilot school she must pass the exams required. Unfortunately, everyone’s so against her going there since she’s a daughter of a coward, but Spensa won’t let this stop her and discover the truth to prove her father’s innocence. But what if the truth is not what Spensa expects…

I love how this book focuses on the idea of cowardice and bravery. Everyone is so scared to be branded as a coward of course, but especially Spensa because of the actions of her father. It even comes to being that if your ship is literally shot down and you’re about to crash and scudding die, ejecting is the act of a coward and therefore you’ll come back as a coward and forever be known as a coward?? Just wow. Sure, you’ll have a hero’s funeral if you don’t eject and won’t be called a coward but I mean… you’ll be scudding dead. So many deaths that could’ve been avoided… all because the fear that society had instilled into pilots of being a coward if you eject from your scudding ship.

“My confidence was that of a person who knew. Nobody could ever again convince me I was a coward. It didn’t matter what anyone said, anyone thought, or anyone claimed. I knew what I was.”

This quote here is literally everything. It’s human nature to care about what others say about you to the point where even you start to believe them. This moment meant so much like throughout the story Spensa cared so much about not being called a coward by others until she finally realized that the person who knows her best is Spensa herself. Screw all the others. This is a queen here.👑

“The soup tasted better than the blood of my enemies.”

Spensa just speaks in the most dramatic way I love it so much. She has the best entrances ever thinking about the meeting between Jerkface and Spensa and the banter in this book is perfect. I loved the side characters so scudding much, the friendships were so sweet😭

SPENSA AND M-BOT IS GOLDEN. Their bond is so beautiful and just he’s so sweet and funny omg. I need more M-Bot content in Starsight. Also Doomslug is so scudding cute.

“Sometimes, the answers we need don’t match the questions we’re asking. And sometimes, the coward makes fools of wiser men.”

I do think that something’s wrong with me being the most emotional person ever because literally I was tearing up over the ending of this book EVEN THOUGH IT WASN’T SAD. My emotional heart smh. But seriously though, that last scene hit me so hard and the way I was just so scudding happy. I cannot express how much I love these characters like I shouldn’t even be surprised at this point that Sanderson always creates the most amazing characters??

“When this is done, Jerkface, I will hold your tarnished and melted pin up as my trophy as your smoldering ship marks your pyre, and the final resting place of your crushed and broken corpse!”

The mixed reviews I’ve seen for Starsight concern me a little but hopefully I’ll love it just as much as I loved Skyward. Sanderson, you have my trust.